As cases of the novel coronavirus began appearing in the United States this year, a veteran Yale virologist was keenly aware of the severe shortage of virus testing kits, both nationwide and in Connecticut, that has become a hallmark of the COVID-19 pandemic. 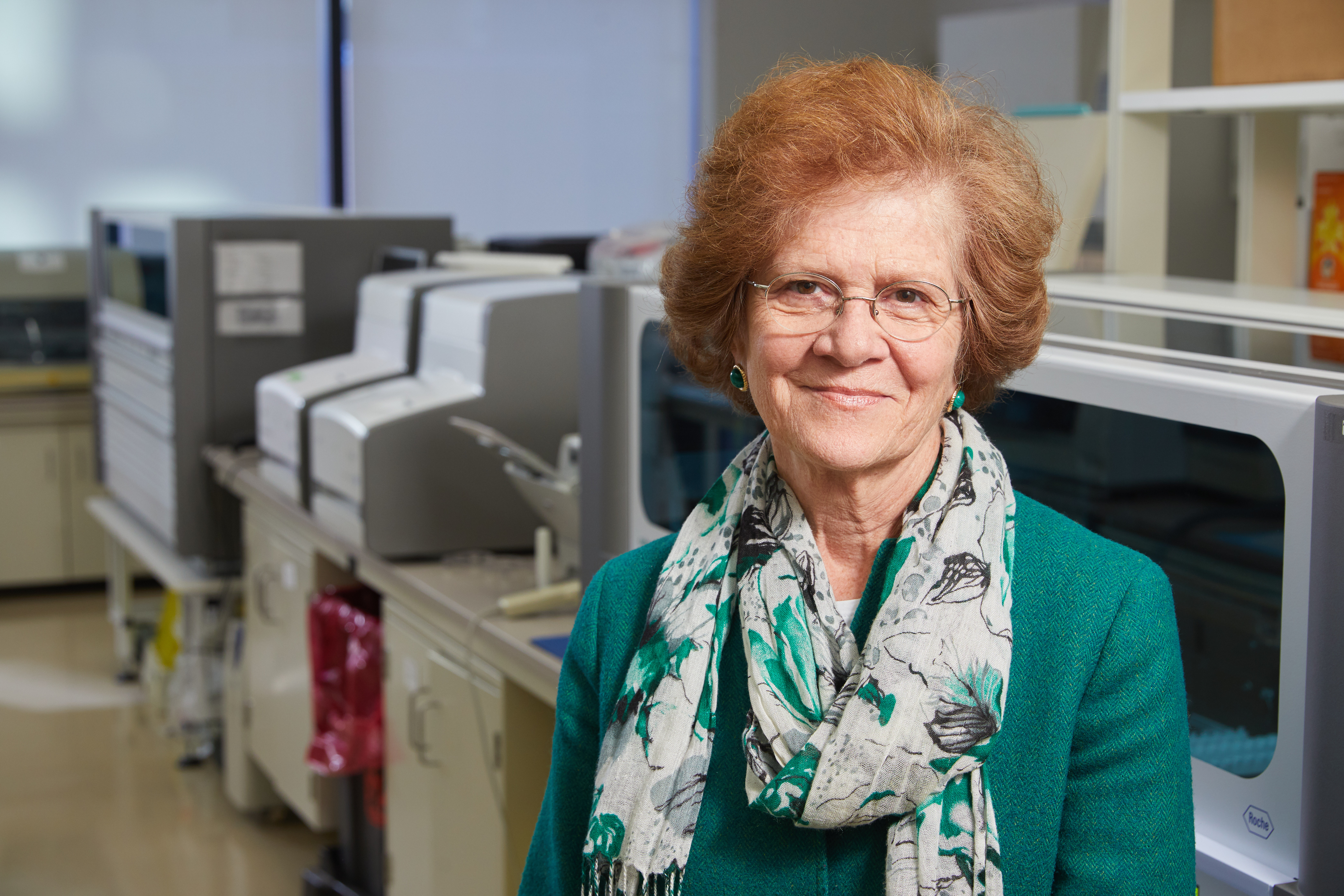 Marie-Louise Landry, MD, professor of laboratory medicine and of medicine (infectious diseases) and director of Yale’s Clinical Virology Lab, knew that with a concerted effort, independent hospital labs such as hers could replicate the COVID-19 test used by the Centers for Disease Control and Prevention (CDC) and quickly help expand the country’s testing capabilities. But the Food and Drug Administration (FDA), which oversees all U.S. diagnostic testing, still had massive red tape and regulations in place that initially would bar her test’s use for people who might be infected.

“Even for academic centers, it would have been very hard to set up testing,” says Landry, who has studied viruses for four decades. “And there were no patient samples of the virus to work with [in early February], so it was a non-starter.”

On February 29, the FDA finally relaxed its rules, allowing labs to develop their own tests and submit their data for approval.

Landry and her team began working immediately to set up Yale’s COVID-19 assay. First, Landry ordered the reagents that would be needed to extract virus genetic material from patient samples. Reagents are the component of the test that causes a chemical reaction which reveals a sample’s properties. Next, she worked to calibrate her lab’s polymerase chain reaction (PCR) thermal cycling machines to match the timing and temperature of the CDC’s.

“If you didn’t have the exact same equipment that public health laboratories use, then you had to prove yours worked precisely the same,” she says.

By then, in early March, Landry still needed a full-length copy of the RNA genetic virus to test the accuracy of her lab’s assay. She requested reagents and a copy of the virus from the International Reagent Resource (IRR) and from BEI Resources, both online supply catalogs maintained by CDC that provide pathogens and other resources for researchers and public health laboratories. Meantime, she also tried to order reagents from a commercial supplier, only to find that they were on backorder. Only a small portion of the order could be provided.

Landry also learned that in order to receive a copy of the virus, she would need to complete a 14-page application that required extensive documentation, including proof of past publications. “I called them and said, ‘Is this for real?’” Landry says. The entire process would have taken at least a month. Instead, she found a Yale colleague who had already applied for the virus; he quickly added what she needed to his order. While she waited 10 days for that viral RNA to arrive, she called New York State’s public health laboratory and asked if it would share the genetic sequence and source of virus that it was using. She received it within a week—albeit just a section of the RNA, not the whole-length virus—and immediately got to work using the limited reagents she could secure.

Putting the new test to work

In order to do a test, Landry and lab members needed to inject the copy of the virus into biological samples. So, they swabbed their own noses and throats, and added the piece of SARS-CoV-2 virus to the samples. Then they ran samples through a complex process: isolating the virus with a combination of reagents, and further purifying the RNA that was separated from the sample. Using PCR, they amplified the amount of RNA and compared the sensitivity of results using different instruments available on site. After running many tests, Landry and her team noticed that the piece of RNA they were working with was too fragile: It was degrading before it reached the final step of testing.

By this time, Connecticut’s state public health lab had patient samples of the virus. It sent a series of 18 blinded samples to Landry’s lab. The results matched perfectly. The test was ready.

“I sent the FDA an email saying that we’re going live with the test, and I listed the instruments we used and reagents,” Landry says. “Then I had a 15-day grace period before submitting our extensive validation studies for review.” This was done on March 24 and approval was granted on April 1.

Beginning on March 13, she and her team began testing samples from patients already hospitalized at Yale New Haven Hospital (YNHH), followed by other network hospitals, including those in Greenwich, Bridgeport, and New London and turned results around in 6 hours. Five days later, after additional virology staff were trained, her lab was set up to handle health care worker testing. A third shift to the lab was added and testing ramped up quickly.

The state of Connecticut then approved testing by Yale’s pathology lab, further increasing Yale’s on-site testing capability which, combined, is capable of providing up to 800 tests per day, depending on the available supply of reagents, which has turned out to be sporadic.

At a virtual town hall meeting on March 26 for YNHH health care workers, Yale School of Public Health, Yale School of Nursing, and the medical school community at large, Landry confirmed a situation she had already anticipated: the latest shipment of reagents had been delayed.

“Supply chain is a big issue,” she explained. Landry also shared news of PCR manufacturer Cepheid’s plans to ship 1,500 two-hour turnaround tests per week for use throughout the YNHH system. “That obviously will not meet our needs,” she said. In addition, after contracting at the outset to supply a high-throughput commercial testing platform, the manufacturer subsequently revealed that, due to production issues, no SARS CoV-2 test kits would be available until mid-May. Still, testing for health care workers and hospital inpatients continues, thanks largely to the efforts of Landry and her team

A continuing conundrum, and one bit of comfort

During a separate interview, the veteran virologist expressed her overriding concerns about SARS-CoV-2: no one has immunity to the brand-new virus and it transmits very well from person to person. The world had not bargained for a viral outbreak of this type. “While we were waiting for the next pandemic, we thought it would be an influenza strain,” Landry says.

She recalls her experience with other coronaviruses, including the severe acute respiratory syndrome coronavirus (SARS) in 2003 and the Middle East respiratory syndrome (MERS) in 2012. The CDC estimates the overall SARS fatality rate as 10% and for MERS, about 35%. Luckily, neither of those viruses spread easily person-to-person, Landry says.

“I’m comforted, at least, by the fact that, so far, our children seem fine,” Landry says, referring to the low hospitalization rates of children with SARS-CoV-2. “That’s the bright spot."